The Best Places to Live in Raleigh, NC

Raleigh can be quiet and suburban, with access to city parks and great schools. Or, it can be a city with thriving nightlife, unique history and architecture, and unique culinary options on every corner.

Clearly, Raleigh is a great place to live. If you’re thinking of moving there, here are some of the best neighborhoods to check out.

And unlike any other neighborhood in America, Six Forks neighborhood has a significant number of people of British and Welsh ancestry comprising its residents.

Stonehenge is a beautiful established subdivision located in Midtown Raleigh. There are nearly 1,400 single-family residences in this popular North Raleigh community.

There are plenty of local events in the neighborhood like the Christmas lights contest and a Halloween parade. Amenities include tennis and racquetball courts, local clubs, and swimming pools.

The Stonehenge neighborhood particularly offers lots of options for seniors in the area. Retirement communities include Springmoor, Abbotswood at Stonehenge, and Cypress of Raleigh.

Bryson Village is minutes from Downtown Raleigh and US-64. The Raleigh neighborhood offers fantastic homes with reasonably priced and good-sized lots.

The neighborhood is surrounded by rushing creeks and rivers, and scenic mountains.

Brier Creek is a luxurious golf course community in Raleigh. It’s located only minutes from the Research Triangle, 1-40, 1-540, 1-540 and Route 70. Residents include families, young professionals, and older adults.

The centerpiece of the neighborhood is Brier Creek Country Club, where townhouses and condominiums mingle with multimillion-dollar estates.

Historic Oakwood is a 19th-century neighborhood. The neighborhood includes hundreds of homes constructed in an assortment of architectural styles.

Oakwood is loaded with incredible oak trees hence the name. Residents include young families and professionals. Because of its proximity to downtown and historic culture, it’s one of Raleigh’s more expensive neighborhoods.

Located south of downtown and covering approximately 30 square blocks, the historic district is very desirable neighborhood to live in.

Nestled geographically between Downtown Raleigh and North Raleigh, Midtown Raleigh is situated just above the Interstate 40 beltline. Raleigh’s Midtown boasts everything you’d ever want in a neighborhood. 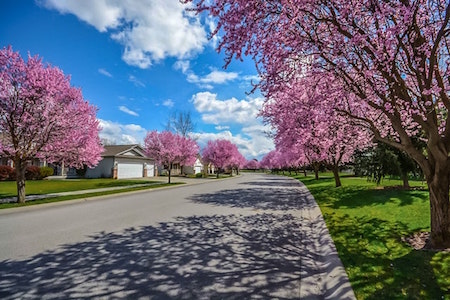 With a population of 59,246, Chapel Hill is the 16th largest community in the Raleigh area. The neighborhood is part of the Research Triangle. Its home to the nation’s oldest public university – the University of North Carolina.

Because of the natural beauty of the area, its historical significance in American history and the University, Chapel Hill neighborhood is a very appealing neighborhood to live in.

To the east are Georgetown and Roanoke Park. Here, you’ll find houses built in the late 1940s and 1950s and cottages on generous lots.

To the north is Vanguard Park and Bloomsbury, which feature modest cottages and bungalows.

To the west of the intersection, there’s the tony Hayes Barton section, where the elite view for 20th century homes with lavish landscaping, spacious lots and big porches.

Residents include young professionals and families.

With dozens of entertainment and dining options, the day doesn’t end after work is over. The streets are always vibrant and alive with residents and tourist alike.

Cameron Village is the first planned community to be developed in Raleigh.

A majority of residents are young professionals and families.

The gorgeous historic homes draw architectural enthusiasts of all ages while the proximity to the Edna Metz Wells Park and North Carolina State University draw families to the area.

According to a recent WalletHub’s study, Raleigh was No.6 in a list of top 20 state capitals to live in. If you are thinking of moving to the City of Oaks, these 13 neighborhoods should get you started. If you need help finding or managing rental properties in the Raleigh area don’t hesitate to contact us here.